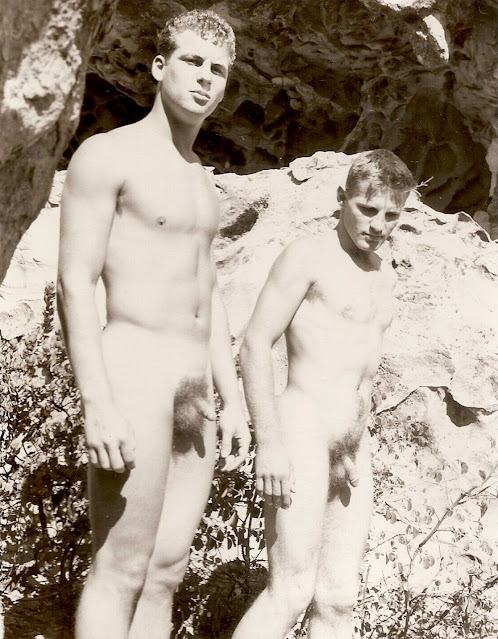 Over six months ago, the always generous Bryan B. sent me a huge group of good photos.  The most intriguing thing about this collection is the number of obscure, but very good photographers.  I did two series in June and July featuring some of those whose names started with the letters A and B.  It's been a scandalously long time without a follow-up, but today will be the start of an occasional group of sets from the collection.  The alphabetical thing won't carry on as I'm skipping ahead to Mike Scott, a photographer who is described by the Bob Mizer Archive as "a little known photographer who worked alongside Bob Mizer."  If anyone has more info, please chime in and comment.  We start with a pair of men who are unknown, as are all of the models shown today.
Many thanks to Bryan B. for his generosity.
Posted by Vintage Muscle Men at 2:30 AM

Email ThisBlogThis!Share to TwitterShare to FacebookShare to Pinterest
Labels: duo