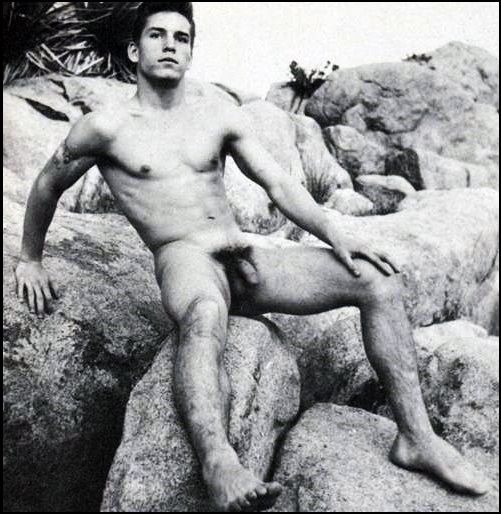 Our Friday theme for both series will be leaning men, starting with physique era photos of men leaning against rocks.  This is Joe Dallesandro, a model who worked for several major photographers.  I don't know which did this one, though.  Anybody know?  Bob Mizer had a fake photo set featuring rocks for a time, but I'm not sure this is that one.
Edited to add:  James IV says in the comments that this was indeed by Mizer in the Mohave Desert.
Posted by Vintage Muscle Men at 2:30 AM