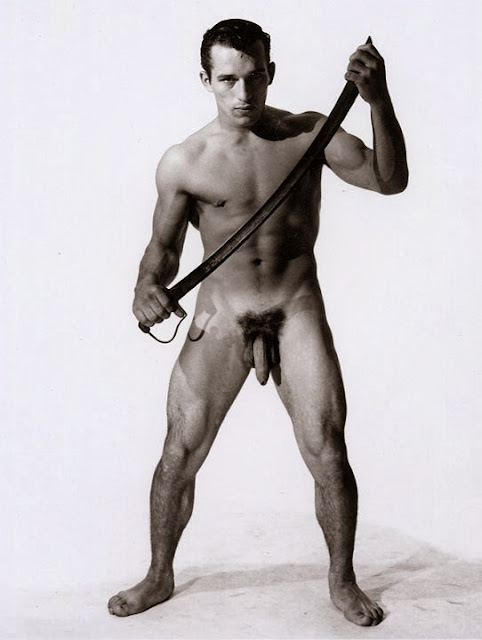 The adventure movies of the 1940's, 50's and early 60's often featured swashbuckling characters with swords.  This trend carried over in to physique photography props, and there was even a film genre called "sword and sand" that featured some physique models in acting roles.  So day two of Physique Week is all about models with swords, starting with John Manning by Pat Milo.