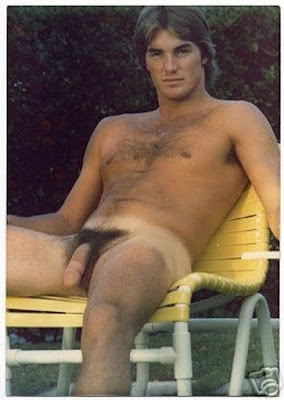 Every so often someone asks me to list either my own favorite posts or those of the viewers.
Thanks to Google Analytics, it isn't too hard to come up with a ranking of viewer favorites, so that will be the subject of our Sunday double feature.  In part one, we'll see the individual photos ranked from No. 2 to No. 10.  In part two, well see the No. 1 post and the series it appeared in, which was also top ranked.  Given the number of comments and "likes" that Playgirl models have garnered, it was no surprise to see Vanna White's ill-fated fiance Sam Jones in the No. 2 spot.
Edited to add:  Not Vanna's fiance.  See comments.
Posted by Vintage Muscle Men at 2:30 AM

Email ThisBlogThis!Share to TwitterShare to FacebookShare to Pinterest
Labels: Most Popular