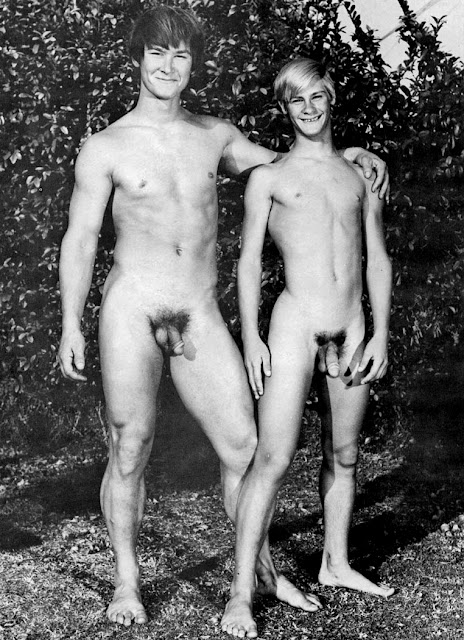 Here we have the brothers Chip (right) and Scott Cunningham by Bruce of LA.  Scott, sometimes known as Scotty, had a prolific solo modeling career.  The name Cunningham, known from the 12th C. forward, derives from a territorial designation in the southwestern Scottish county of Ayrshire.  Scott is itself a noteworthy Scottish name, and I will have a future series featuring models with that surname.
Posted by Vintage Muscle Men at 2:30 AM

Email ThisBlogThis!Share to TwitterShare to FacebookShare to Pinterest
Labels: Bruce of LA, Scotland