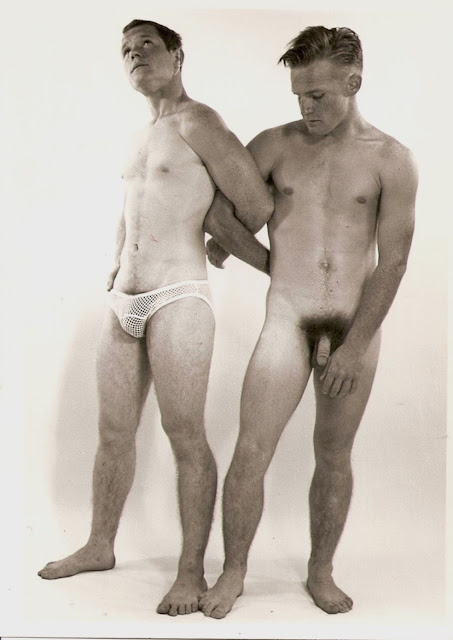 I think these two unknown models are the same guys as the duo in todays opening photo, and I find it interesting that one has on a mesh posing strap and the other nothing at all.  At that time, having just one frontal nude would land you in jail, so I thought, "What's the point?"  Then I realized that the juxtaposition does add an element of interest.  The nude guy is checking out the other's crotch,
while the other casts an odd sort of angelic look skyward.  I've decided that I like it.
Posted by Vintage Muscle Men at 2:30 AM

Email ThisBlogThis!Share to TwitterShare to FacebookShare to Pinterest
Labels: David of Cleveland, duo