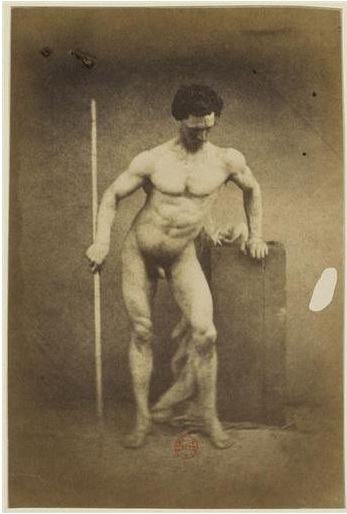 The heading for part one of today's double feature is a bit misleading.  The photos by Durieu in it date from mostly about 1854-55, which is mid-century.  It is, however, about as early as you can get in the 19th Century for male nude photography, although there are one or two earlier examples.  Four out of five of today's photos are of the same exceptionally well built model.
Posted by Vintage Muscle Men at 2:30 AM