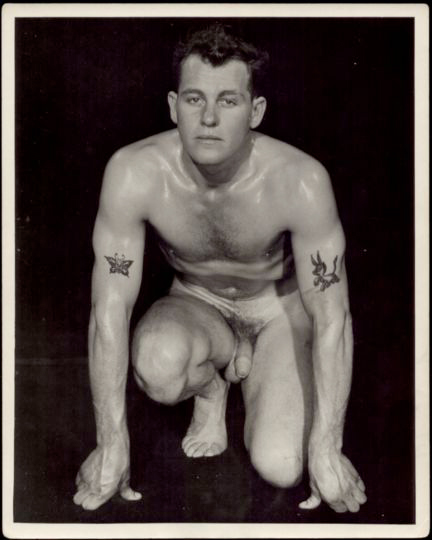 Freddie Kovert was the moving force behind Kovert of Hollywood, a photo studio that
did virtually nothing but male nudes in the years immediately after World War II.  It turns
out that Freddie may have been more of an artistic director and talent recruiter than a
photographer as recent research has found that many of the photos were taken by hired
professionals.  Tragically, Fred's business ran afoul of the law, and he committed suicide
in 1949 in the face of arrest and legal fees.  This is Jack Conant.
Posted by Vintage Muscle Men at 2:30 AM

Email ThisBlogThis!Share to TwitterShare to FacebookShare to Pinterest
Labels: Kovert of Hollywood, Squatters