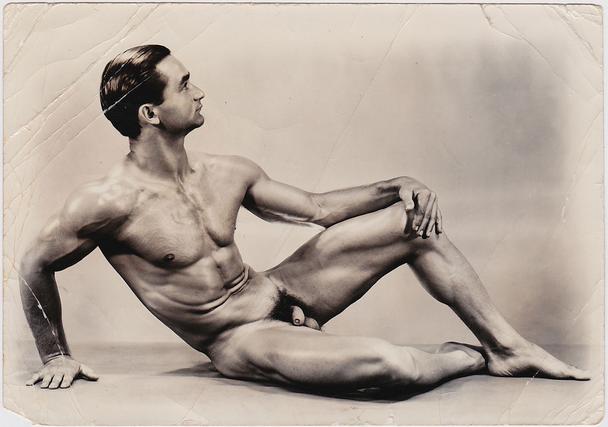 The 1930s were transitional in terms of male nude photography, with a mix of the earlier artistic study styles and more modern physique work.  This slightly damaged 1937 photo of Bill Leardi is a good example of the latter and is believed to be by Al Urban.  A much more built up Mr. Leardi appeared two years later on the cover of Strength and Health magazine.
Posted by Vintage Muscle Men at 2:30 AM