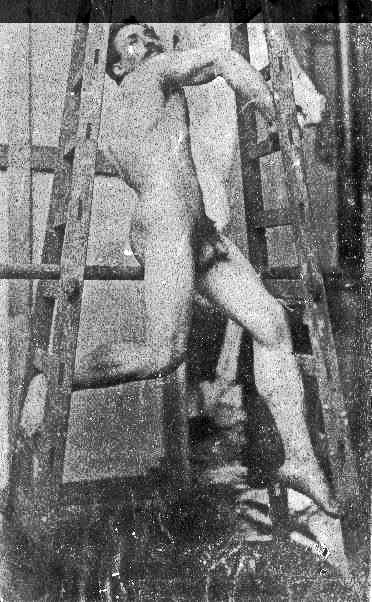 I was trying to put together a double feature for tomorrow's Friday art series centered on the work of Anglo-Belgian sculptor Jacques Lalaing.  I discovered, however, that while he used dozens of nude studies of male models in his work, he only made one or two sculptures of such . . . and they aren't that exciting from the perspective of my viewers.  So, I'll just post some of the photos and find something else for the art series.  We start with an awkward pose that accentuates a key element.
Posted by Vintage Muscle Men at 2:30 AM