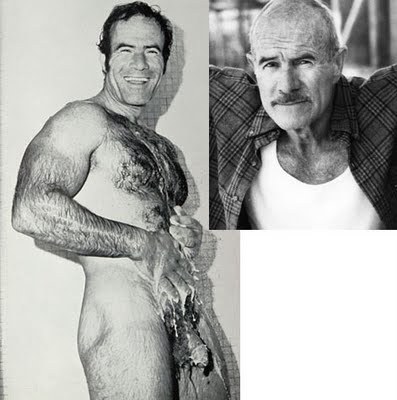 This composite I found on line shows Paul Gerrior at the peak of his modeling career in the 1970s and again later in life.  He would have been in his 40s in his heyday, and I find that remarkable.  He kept on acting in community theater into his 80s and married his longtime partner when it became possible.
Rest in Peace, Herr Ledermeister.
Posted by Vintage Muscle Men at 2:30 AM