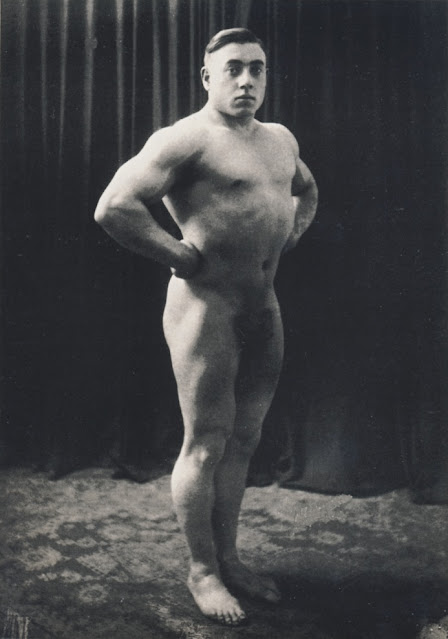 Generally speaking, well known late 19th and early 20th Century wrestlers and strong men didn't often appear fully frontally nude in photos.  In many cases, some sort of cover, usually a facsimile of a fig leaf, was placed over the crotch during the photo session.  At other times, some sort of cover seems to have been added later.  Part One of todays fig leaf double features shows some examples of what I believe to be the latter.  This is Mr. Rigoulot, whose crotch appears to have been painted over.
Posted by Vintage Muscle Men at 2:30 AM