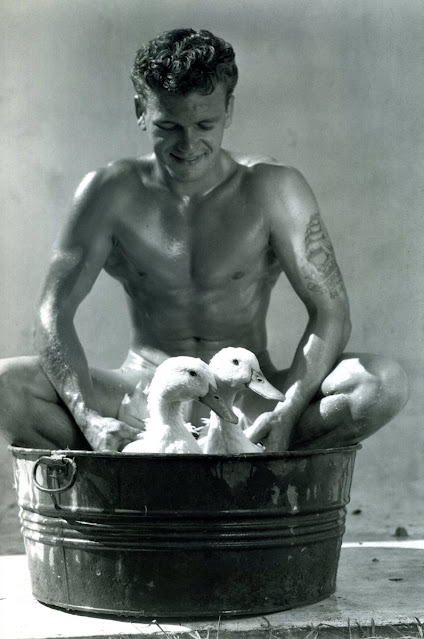 Closing out Wally Schillicut day with a washtub scene featuring some of Mizer's Menagerie.
Bob Mizer of AMG had, at various times, ducks, goats, monkeys, dogs, snakes, chickens, and cats.  According to James IV (who would know) there was even a resident employee whose job it was to look after all the critters.  He and Mizer famously argued constantly, but actually liked each other.
Posted by Vintage Muscle Men at 2:30 AM