A Day Out with Prof. Eakins 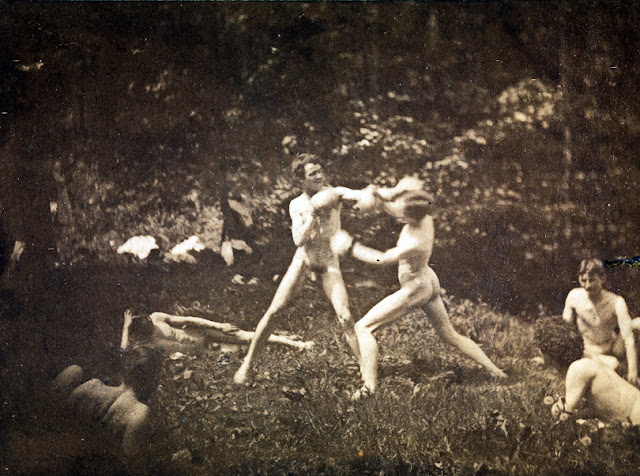 Eakins lost his teaching job at one point for what was then the scandalous use of nude models, particularly their use with female students.  Today, we look at some photos of his male students on an outing which was photographed.  The nude sports would not have been taboo as long as no females were present, but photography might have been.  As an aside, there is some uncertainty as to whether Eakins himself or one (or more) of the students took these.  I'm going with Eakins.
Posted by Vintage Muscle Men at 2:30 AM