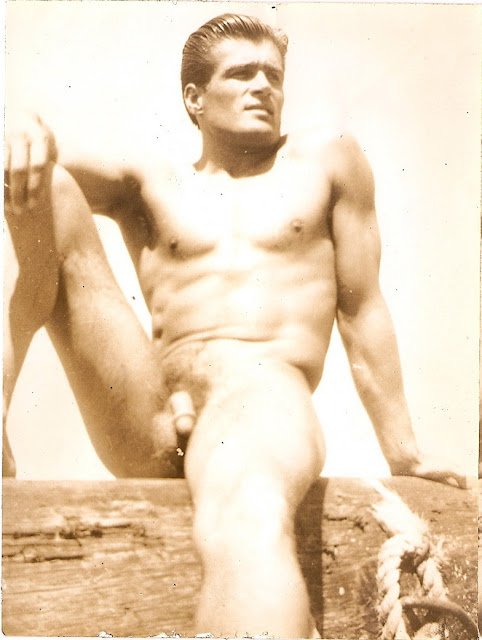 Denny Denfield appears to have used a piece of a ruined dock or pier in this amazing
photo of an amazing model.  Mr. Denfield's interest in the male form is said to have
originated when he observed fellow service men swimming nude in the South Pacific
during his World War II military service.  He lived a quite and unassuming life with his
divorced mother, first at 4015 Folsom St. in San Francisco and later in Marin County.
FWIW, there was a "male boarder" living with them on the 1940 census.
Posted by Vintage Muscle Men at 2:30 AM