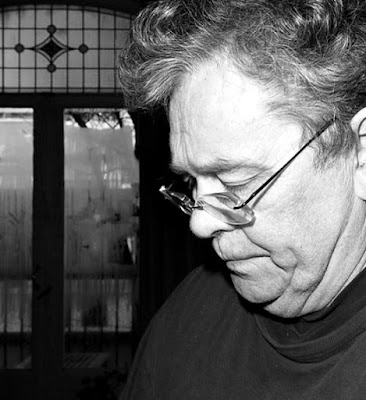 I began collecting vintage photos way back in the late 70s when I lived in New Orleans.  Decades later I decided to get serious about digital images and stumbled upon a French photo sharing website called Ipernity.  It was there that I encountered Miss Magnolia Thunderpussy, Philly Guy, Veronica P. Vanderbilt, and Mr. Scumbeast, aka Ken Suffolk, 1949-2016.  Ken was one of those magical people who managed to not only amass a vast collection of vintage photos of all types, but to share it generously with others.  As you will see, his tastes were very broad.  I was overwhelmed by the sheer volume of his offerings and only acquired a portion of them.  Fortunately the entire collection has been preserved, but it is not available on line at this time.  Today, I pay homage to a man who was not only a generous benefactor, but a dear friend.  I miss him terribly.  Those of you who are so kind as to thank me for my work on the blog should know who made it possible.
Posted by Vintage Muscle Men at 2:30 AM